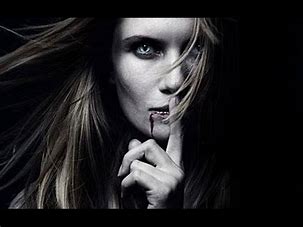 “Melissa is a street kid who believes she’s a vampire.  As she cruises and feeds among the low lifes of a decaying city, she encounters hookers, drug dealers, homeless people, perverts, predators, musicians, artists and social workers, all of them just trying to get by.  Meanwhile, trio of young serial killers are cruising for fun. And elsewhere, a black lab has been exposed and secret investigators are on the trail.  Melissa tries to cope with her new nature by setting limits and moral standards, but as she progresses, she crosses line after line.  Eventually, her journey leads her back to the secret laboratory, and the revelation that she’s not a vampire, but something worse….”

Bloodsucker is my first novel, way way back.  Not much to say… I’d been writing short stories for years.  I had dozens of stories. The market for short stories was  crap, and I figured that I’d developed enough as a writer to try something more ambitious.  Simple as that.

Actually, there is more.  When I moved out to Winnipeg to go to law school, it was my first time in an even semi-large city. I was far from home, and on a very limited income, I didn’t know anyone out here. Eventually, I ended up living downtown in the Exchange district in the middle of what turned out to be the red light district, in an old low end building, owned by a divorced entrepreneur and his sons.

For years I lived among hookers, street kids, an old veteran of the great war, addicts and dealers, artists, musicians, writers, social workers, and just an amazing assortment of characters. I loved it, it was gorgeous decaying architecture, arts and culture, side by side with poverty and desperation. It was a place where you could meet anyone, and anything could happen. A place of decay, but also of hope.

I never had any trouble, largely because I insisted on respecting whoever I encountered, but demanding that they respect me back.  I didn’t drink or do drugs, and I certainly didn’t consort with prostitutes. But I got to know a lot of people, and sometimes helped out when they were down. I got to see parts of the world that the more comfortable do not.  Many of the characters and even some of the dialogue and stories from the street found their way into the novel.

Reading it over again recently, brought home to me how vivid that period of my life was and how visceral the people that I knew then were.  It had been a long time since I looked at it, and despite some anachronisms, I’m quite proud of it.

The other inspiration was an actress friend I’d known back then – Caroline Gray. She’d done a marvellous fringe festival play called ‘Three’s a Shroud.’  I asked her how she’d written it.  She said that she and her partner had just sat down and made up a list of all the cool things they wanted to do in a pay – magic, ventriloquism, murder mystery, film noir, etc.  And once they had that list, they just wrote the play around.

I thought, wow, marvellous idea.  So for my first novel, I decided to do it.  I wanted existentialism. I wanted the Vampire to eat a baby. I wanted fun loving serial killers.  A hooker. Secret agents and spies. I wanted hard boiled philosophy. Meditation on evil. Street theatre. I wanted to do weird fun scary scenes….

After she’d fed, she wandered around the apartment, looking at things.

Money was the first priority. It seemed as if she knew all the little old lady’s hiding places, as she moved from one location to another, stuffing bills and coins in her pocket. She had long history of petty thievery before…. Before what? Whatever. It didn’t matter.

A history as a scavenger had made her supremely practical.

After that she turned on the television. She flipped through channel after channel, stopping briefly at the cartoon station before settling on a religious broadcast.

She found a photo album under the coffee table. Flipping through it absently, she noted the familiar old photographs. The feather edged black and whites. The old woman as a little girl, her parents and family. School graduation pictures. A WACs uniform. Another WACs shot, her and a group, her wartime friends. A black bordered photograph of a young man, lost in the war. Peacetime. More pictures. A man in them now. Wedding pictures. Baby pictures. Children growing up, parents getting older. Picture of a house, sold now. Graduations. Pictures of other weddings. Grandchildren. A funeral photograph.

Closing the album, she wandered over to the mantelpiece, fondling the curios. Little ceramic cats and houses, a tiny boy, barefoot, fishing on the edge of an imaginary bank. Finally a tiny voice warned her of getting fingerprints on things, so she stopped.

In the bathroom she turned taps on and off experimentally, flushed the toilet, and looked in the medicine cabinet. It occurred to her then that she couldn’t remember the last time she had used the toilet. She didn’t think about it much.

In the kitchen, she looked in the refrigerator. She opened and closed cupboards and drawers.

In the cutlery drawer there was a hunting knife.

What was it doing there? She asked herself.

Then it should have been in the bedroom.

She flipped the knife in her hand, feeling the heft, and strolled into the living room, to the antique oak table. The television softly blared its messages about god. She didn=t listen, she didn=t care what it said. It was just noise. But she liked noise.

Staring at her reflection in the polished oak, she put her hand down flat over the image of her face, fingers splayed.

Moving slowly at first, she pressed the tip of the knife into the wood between her first and second fingers. Then moved it to third and fourth. Then back. Then second and third. Then thumb and first. She repeated the pattern. And again faster. And faster. Splinters flew as the knife blurred between her fingers, beating out an almost continuous staccato.

She looked at her middle finger laying a foot away on the table, the knife standing like a sentry between it and her hand.

Completely without expression, she lifted her hand to her face.

She could see where the finger had been severed. There was no blood, just a greenish slime. She licked it off. As she watched, a bud protruded from the severed tip. She watched it grow.

She looked down at the table. There was a small green residue where the finger had been severed. The wood where her hand had been was badly scarred now, almost yellow with splinters.

The finger was crawling away.

Fascinated she stood up and crossed to the other side of the table, bending until it was at eye level. She watched her severed finger crawl toward her, the fingernail almost like a vestigial shell on its head. It hunched itself like a caterpillar to move.

Experimentally, with her good hand, she nudged it over onto its side.

It curled into a ball suddenly. She left it alone, watching it. Eventually it uncurled and resumed its blind inching progress.

She picked it up. Wormlike, it tried to curl around her fingertips. She pulled it off with her other hand. There was a sucking sensation, as if it was pulling her skin away.

Baring her forearm, she deposited it on her bare skin, just above her wrist. Immediately, it straightened out and flattened itself against her. As she watched, it seemed to sink into her flesh, its edges becoming indistinct, merging with her skin. Soon, there was no trace of it.

Carefully, she examined the skin of her arm. It seemed to be made of thousands of tiny elongated pink dots. All the same colour, all almost seamlessly merging, but separate all the same. Was skin supposed to look that way? She couldn’t remember. Children’s= colour cartoons, newspaper photographs were made of dots. She walked over to the colour TV, bending down to stare at the screen from an inch or less away. From that distance, the preacher dissolved, lost all semblance of humanity, until it was all just coloured dots.

So it was all right then.

She looked at her hand again. The finger had grown back completely. Experimentally, she wiggled it.

Picking up the knife, walked over to the couch and sat down, clearing off the coffee table with a single sweep of her arm. The photo album went flying, loose photographs spilling out like birds escaping cages of the past. She ignored it. It was all just memories and she didn=t care about memories.

Taking the knife in her right hand, she began methodically slicing off the fingers of her left hand, listening to the moist plops as the severed digits fell onto the lacquered coffee table.   She watched them crawling blindly.

Eventually, she heard a moan from the bedroom.

She looked up, aware of being hungry again.

It was time to feed.

She stood up, taking her fingers with her.