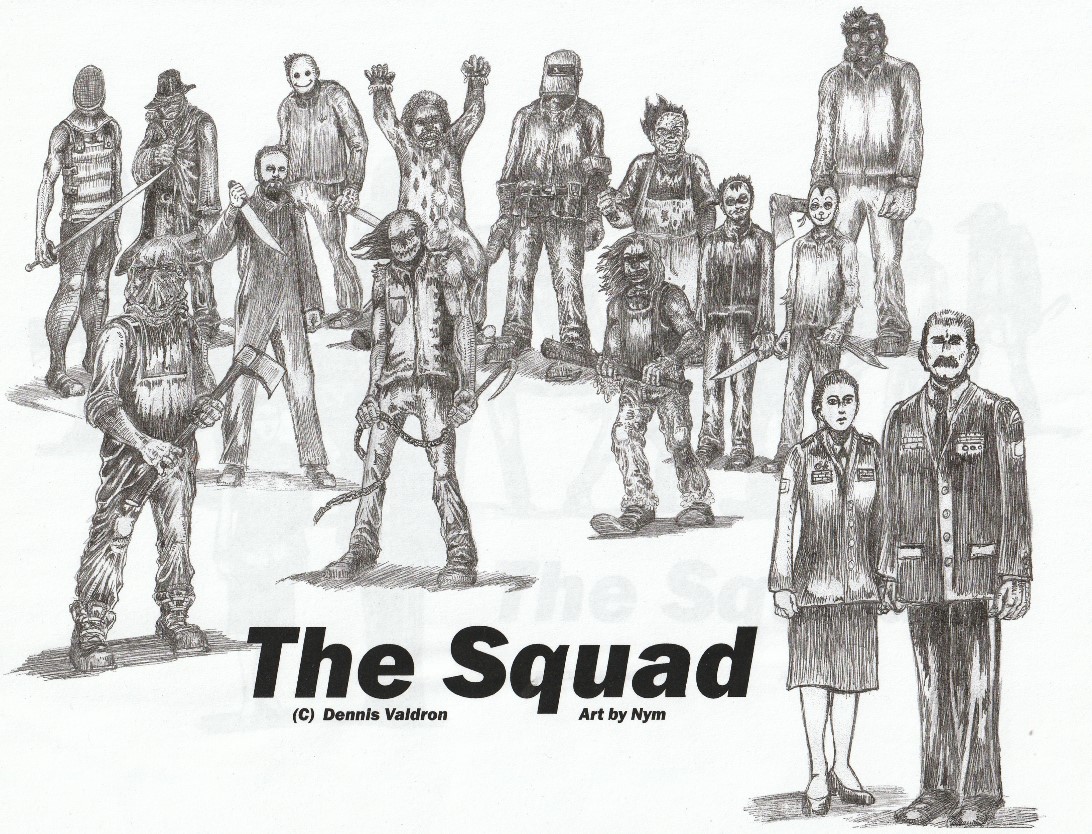 This was going to be about my third horror collection, What Devours Also Hungers. The others are Giant Monsters Sing Sad Songs, and There Are No Doors in Dark Places. They’re collections of old and new stories, and with each collection, I try to explore a different subtle flavour of horror.

Giant Monsters is melancholy horror, the sadness of monsters and victims, the absence of happy endings.

Doors in Dark Places dwells in fatalism, the relentlessness and inescapability of terror.

What Devours Also Hungers is about restlessness. It’s about evil that doesn’t stand still but reaches out. It’s hungry and aggressive, even relentless. It’s the evil of predators, expansive and robust.

Or maybe I’m pulling your leg.

What Devours is fifteen short stories.  When I write these blog posts to promote these things, I try talk about some of the more interesting or significant ones.  Where they came from, how they came about, why I wrote them. Sometimes it’s personal, sometime’s it’s a writing exercise, it’s about structural challenges and the writing journey. Sometimes it’s fun stuff, or some interesting bit about the story’s history.

If you’ve read the Doors in Dark Places blog post, I’m very personal there, and I talk about the personal energy, the personal darkness and fears, that can animate and drive stories.

But sometimes, hey, a story is just a story. You get an idea, spin it, and it runs off on it’s own. There’s no deep psychological root, no personal trauma. It’s just telling a good story.

Take The Squad, and The Squad: Centipedes, two of my favourite stories in this collection.

It started off as just a fun idea.

What if Jason Voorhees from the Friday the Thirteenth, met Michael Myers from the Halloween movies?

Yeah, low culture. Cheap, stupid horror movies, got it. So what? I grew up working at a Drive-In Theatre. B-movies is in my blood. And genuinely, I believe that even crude art is worthwhile.

Both Myers and Voorhees are the psychological descendants of Leatherface, the masked killer from Texas Chainsaw Massacre. His mask was human skin, and his weapon… you can guess that.

In turn, Leatherface, traces back to a real life serial killer, Ed Gein.  Gein was a possibly  mentally disabled handyman in rural America in the 1950’s. One day, police visited his barn, looking for a woman who had vanished, and found her, strung up like a deer.  Gein had for inexplicable reasons became fascinated with necrophilia, cannibalism… and unspeakably weird dark things. He began robbing graves, making handicrafts out of the skin and bones of deceased, collecting body parts.  He made a suit out of women’s skins, he made a lampshade from the tanned skin of a human face. A belt made of human nipples. They found a shoebox of vulvas. At some point, he’d progressed from robbing graves to murder. Although he admitted to only two killings, he was suspected in a number of unsolved disappearances in the area.

The Texas Chain Saw Massacre is based on Gein’s killings, as is Hitchcock’s Psycho, the Silence of the Lambs, House of a Thousand Corpses and more.  Basically, if you’ve ever seen a horror movie that got creative with handicrafts, it’s based on Gein.  In fact, more than any other serial killer, Gein’s probably the single handed inspiration for an entire horror genre.

Back to Michael Meyers, dressing in overalls, wielding a knife, and wearing a rubber mask; and Jason Voorhees, dressed in overalls, wielding a machete, and wearing a hockey mask. The two are basically unstoppable, unkillable masked murder machines, they’re quite similar. Jason’s more thuggish, Michael is more cunning, but that’s about it. But they’re nearly identical characters, and between them, they created an entire genre of masked slashers through the 1980’s and beyond – guys wearing burlap sacks, clown masks, bondage masks, gas masks, surgical masks, hoods, face plates and any other head covering. For a while, there was an insatiable appetite for these movies – a mysterious masked killer, usually in overalls or visibly working class, using a variety of visceral bladed weapons, silently hunting down teenagers who were just trying to have fun. For some reason, those teenagers couldn’t get enough of those movies, and the Men in the Masks were legion.

But I started thinking about the legion of masked men in all those movies, all these wandering masked killers, as if they were all in the same world, as if they were a species of monster, with the same underlying properties. There was something mythic about faceless killers, something both anonymous and disturbing, and highly ritualised. You look at a lot of cultures, and masks take on various ceremonial and symbolic roles.  So maybe, the same roots, perhaps the same origins or originating evil.

That’s kind of creepy. Slashers as, not single murderers, but a species of monster.  There’s the singular monster, Dracula, Kharis, Larry Talbot, but they’re part of species – Vampires, Werewolves, Mummies.

It’s not terribly original, I don’t think. Others have played with it, usually in movies, but most comprehensive treatment was a comic series called Hack and Slash.

But I had this idea.

I thought…. If you can’t kill them, enlist them.

What if the US army, instead of trying to wipe them out, just decided to enlist them as weapons?

All these slashers want to do is kill. Why not take advantage of that? Contain them someplace, like a former or disused nuclear testing site, and every now and then let them out for some ‘special op.’ Basically, drop them in and stand back, while they methodically hunt down everyone and everything.  It would be a particular kind of wet work, not a lot of survivors.

Yeah, that would be cool. What would that be? Weird war? Military horror? You could get really pyrotechnical and visceral.  I’m surprised no one is really doing it.

But what interested me was what would it be like to bring all these Men in Masks together. In the Halloween movies Doctor Loomis is always rambling on about how Michael is pure soulless evil. So what about a group, all that concentrated evil just there, like a nuclear pile, radiating away.

I envisioned the Perimeter guards charged with keeping them in, just disintegrating mentally from being in proximity.

A trip to see them would be like descending into an Ocean trench, and every mile closer, ever yard, every footstep would take you deeper into the presence of suffocating evil.  It would be journeying into the heart of darkness.

That was something I wanted to write. That if the Army contained and used these creatures, then it would have to wrestle with the evil of them.

I think it turned into quite a good story. But I couldn’t quite let it alone. What were these Men in Masks? Were they even human, or just human shaped soulless evil. What about other monsters? How would they cope with it. Would their patient, silent murderousness frighten vampires, werewolves, demons, aliens? That would be cool.

Maybe that was what they were used for.  Not just wiping out an Al Quaeda village, but deployed when things had gotten bad and weird.

I had this image of some giant twelve foot alien centipede, reared up, and running panicked down the street, screeching with terror like a little girl, as one of the Men in Masks patiently closed in on it with a machete. And that became the next story.

I think that there’s potential there.  I can visualize them let loose on desert terrorists, jungle drug lords, dealing with alien infestations, invasions, outbreaks of vampires, plagues of lycanthropy and zombies, just whacked out weird, over the top situations.  There’s a primal simplicity to them simply showing up out of nowhere and hacking gods and demons to pieces.

It would be fun to keep writing these peculiar characters, who are barely ciphers, and a world they exist in that’s stratospherically over the top.

Not just the situations, but the milieu. The military bureaucracy that has them barely leashed, the personnel who are trying to cope with being around such abyssal darkness that just spending too much close to them makes you suicidal, or erodes away whatever makes you human.

I think I may return to them again, there are more stories to tell about them, and the people that are forced to cope with them.

But for now, there are two very nifty stories about them in What Devours Also Hungers.