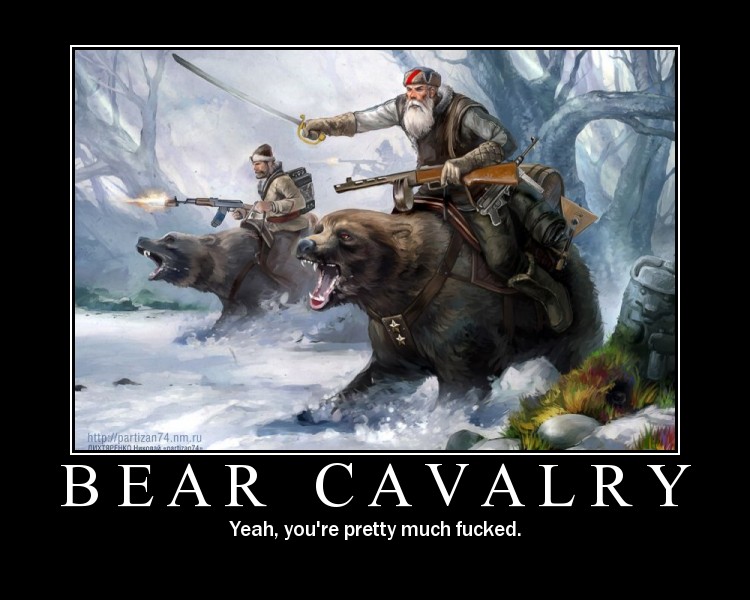 Alternate History. There’s a forum online for alternate history. I’m a world builder at heart, historian by nature, so as soon as I heard about it, I joined right up. It’s a nice place, well policed, possibly over-policed, but fairly civil and quite pedantic. It’s basically nerd central. There’s a lot of ‘What if the Confederacy won the Civil War?’ And ‘What if Hitler got the Atom Bomb?’ stuff. That bores me to tears. But there’s a lot of interesting discussion.

It’s a nice place to take an idea, put it forward, and have people shit all over it. Sometimes that happens.

I took that as a challenge.

It was impossible. It was stupid. It was recklessly dangerous and impractical for a whole bunch of reasons.

So I decided to work out a pathway where it could plausibly happen. Or at least could sound plausible. It was a challenge.

It was that simple.

I wrote a novel once for a guy named Bill Hillman, an Edgar Rice Burroughs fan, because I’d had a very nice visit with him, and he ended up in the hospital shortly after. He didn’t ask for it, I just thought it would cheer him up.

I wrote a short story as a ‘take that’ to a writers group that I was dissatisfied with. I just seem to go any which way. I dunno, being random may be satisfying. But I suspect it hasn’t done my prospective career as a commercial career much good – but then the business side of writing is random and arbitrary, so it balances out.

It was a challenge, it was an intellectual exercise, and it involved research. You dig into something, and you come up with all these fun facts – like the Icelandic Council in medieval times was forced to come up with laws to regulate bears, or the fact that the wall street bear market actually traded in bear meat, or the peculiar hijinks of European nobility.

There’s a lot of satisfaction in taking something that seems impossible or implausible or ridiculous, and making it make sense, making it seem real.

So I researched, and I built this pathway, this alternative history, where Vikings acquired black bears from North America. Where they domesticated them, and eventually started to ride them like ponies, and where they eventually wound up being used as a cavalry force in medieval wars. All of it so seamlessly woven into real history, real biology, that if you didn’t know better, you’d just assume that was what happend. Voila!

I like making things make sense. Come up with a theory as to where Godzilla came from and why he’s a living nuclear reactor? Deconstruct Edgar Rice Burroughs Martian language? Design an ecology for a Greenland without an icecap? A plausible history for H.P. Lovecraft’s Cthulhu cult? How about explaining muppets as biological animals with an evolutionary history and a weird affinity for language? I’m totally there.

I mean, if you have a giant and a goblin, are they just there, props in your fantasy world? Shouldn’t they have their own world views, their own diets, lifestyles, approaches to hunting? How do they organize their societies, with their different physical advantages and limitations? How do they ensure the next generation? What’s important to them? Who are they as real people?

Look at Tolkien’s Dwarves, living in their mountains, carving out all those great big tunnels, mining for gold. Well, you know what? Carving a tunnel into solid rock with hand tools is just brutal, difficult, time consuming, back breaking work, lifetimes of it. What are they eating? Who is raising the food? Why would they live in holes in frigging mountains?

There ought to be a little more to it.

Maybe it’s an upbringing working on cars at Dad’s garage. Or maybe the carpentary my grandfather taught me. Or maybe I just didn’t get enough jigsaw puzzles as a kid. Who knows. But I love pulling things together and trying to make it make sense. It just feels… elegant.

Now, let me take you in a completely different direction, into the craft of writing.

The trick with writing is to be interesting. Information is simply information. It’s about putting a spin on it, tarting it up, giving it a bit of sizzle. There’s readable writing, and then there’s boring writing. Don’t be boring.

Back in my university days, with student journalism, it was all about ‘leads.’ Or maybe ‘ledes,’ although that sounded pretentious to me. It was all about getting that opening sentence, the perfect lead in. I knew people that really sweated over it.

The thing is to make it interesting. Always ask yourself, what’s the most interesting way to play this. If you’re doing a short story, it can be the point of view, the dialogue, the characters the starting point.

When I’m doing a novel, what I ask myself at each scene, what’s the most interesting way to play this.

“A man sits in a restaurant.”

Is he late? Is the waitress tired of him nursing a coffee? Does he like this particular restaurant because his family is gone and the noise of parents and children makes him feel less alone? Is he waiting for someone? Are they late? Is he irritated?

Each scene should engage, or surprise, or subvert or reveal or conceal. Do something with it. You’re telling a story, not writing programming instructions for your blu-ray.

So onto Bear Cavalry.

I’d basically done a lot of research, learned a lot of fun facts, and came up with a nifty alternate history across five or six hundred years from domestication to war.

I could just lay it out, let it sit there.

Or maybe write it as a magazine article, or as a faux academic paper. Academic papers are pretty dry though. And the subject matter is colourfully bonkers. How do you deal with something that’s visual, and crazy and plausible all at once?

I thought, do this as a documentary. Write it like a script, but more than that, write it like you’re watching a documentary, with edits and clips, interviews, graphics, captions, the whole nine yards.

And in particular, write it like a Morgan Spurlock documentary. The guy who did Super Size Me, and Where on Earth is Osama Bin Laden. Spurlock does these funky, lighthearted, off kilter documentaries, full of sly humour and genuine affection for his subject matter.

He became the voice in my head, narrating the documentary, wandering through the madness of bear restaurants, and crazed royalty, the viking raids, the little ice age, and the whole tapestry.

I tipped the hat to another bizarre documentarian, Robin Leach, and offered a little tribute to  T.S. Elliot and his Love Song of J. Alfred Prufrock instead of Spurlock, and it basically wrote itself.

In the end, I am really proud of my Bear Cavalry. It was fun, it was funny, it was brisk, and full of interesting details, plausible, with moments of poignancy.  It’s completely unlike anything else you might read. It’s definitely not a standard form of novel or novella. I couldn’t imagine the mainstream buying it.  But it’s so cool, it ought to be wearing sunglasses.

I invite you, check it out.

1 thought on “About those Bears”