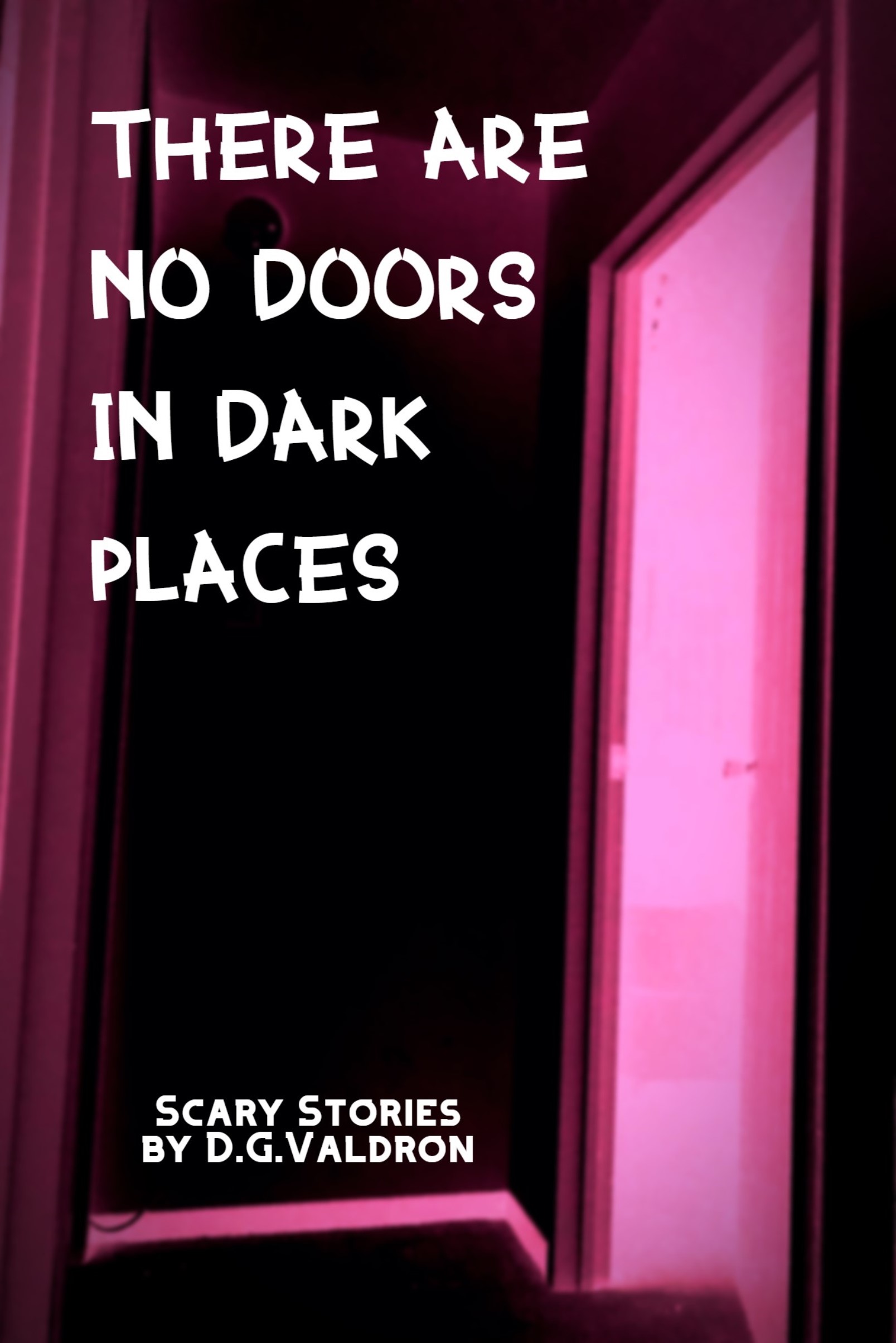 I can go to the local bookstores and outlets and place them there on consignment.  They’ll stick me in the ‘Local Writers’ section, between someone’s poetry chapbook, the history of some small town, and a local fundraising cookbook.  No offence to any of these writers, but what’s the point? I’m sure none of them would be happy to be wedged next to my work either.

Or I can do the ComicCons, the Conventions, the Craft Shows. Rent a table, shlep a whole pile of stuff for a nice presentation, and then spend the weekend sitting at the table while people walk past trying not to make eye contact.  That doesn’t appeal to me.

Not that there’s anything wrong with this.  There are a lot of writers that do the table deal – Casia Shreyer, Ron Hore, Chadwick Gunther, Leia Getty, that’s just tip of the iceberg. They get print books, they believe in what they’ve got, what they’re doing, and hell they’re out there.

Chadwick Gunther for instance. Prolific local writer, aces with fantasy. His tables are never anything less than amazing and wonderfully polished. He’s got banners, he’s got the whole thing dressed, his books are on display. It’s absolutely terrific, and completely impressive.  He puts a lot of work into his novels, and he’s genuinely prolific, and he puts an amazing amount of effort and creativity into his tables.  Hats off to him.

Ron Hore, in the last five years, I don’t think I’ve attended a craft show, a con, a trade show, a comic show, anything, without seeing Ron Hore there with his books and his saber tooth tiger skull (it’s a table piece, his own personal skull is completely human).  The man is dedicated, and prolific.

Casia Schreyer, who organizes super-tables with a half dozen other writers, who tirelessly and patiently helps and promotes so many other writers, and who is prolific in her own right, with her five book Rose Princess series.

Honestly, I do my best to support them. I’ll go to these things and drop two or three hundred dollars on local people’s books.  I’ve got boxes and boxes on my ‘to read list.’   I encourage you, when you go to these things, support local writers.  There’s a lot of talented, hardworking people out there, and a lot of good books, and all you need to do is give them a chance.  Buy their books.

But it’s just not for me.  I’m not social.  And frankly, from my utilitarian, cost/benefit analysis.  I don’t see the point.  Ron’s told me a good convention is one where he makes his table money back.  And yet, he’s out there every time, selling his books one at a time.  Frankly, I hope he sells a million.

But for me?  I don’t have the urge to do tables now.  Maybe at some point in the future….  But not now.  So no paperbacks yet.

I’ll get around to it eventually, it’s something I want to learn how to do, and doing several will probably help me cement the learning.

But there’s so much to learn.

Honestly, I feel like I’m standing at the foot of a mountain of things I need to learn.  There was a simpler time. You just wrote. You sent things out, went to conventions and hoped for the best.  But now, it’s branding and marketing and crap that I can’t even describe.

I attended Zoom workshops for When Worlds Collide, and at times, all I was doing was busily scrawling down alien words – book funnel, bookbub, audible, etc.  There are more opportunities for writers than ever before, but also so much competition, so much complexity, and even when you know what you’re doing, you can just drown in signal to noise ratio.

At times, I don’t even know where to start.

This weekend, I attended When Words Collide, a writer’s convention, held through zoom.  There were several panels by a fellow named Mark Leslie Leferbre.  Really nice guy, very helpful and thoughtful  We both started writing and submitting around the same time.  The big difference between us is that he was constant throughout, and he even worked in the publishing industry in various capacities, from bookstores to online retailers.  So as the trade has evolved and grown, he’s been right there keeping pace.

And at one point he says  “I’ve still got so much to learn.”

Well, that’s …  interesting.  This is a guy with arguably his finger on the pulse, and he’s at sea and helpless and learning as he goes, with thirty years of continuous experience.   Wow.  I feel so screwed.

Now, we’re expected to approach Agents and Publishers with our own marketing plan. Well, how reasonable an expectation is that of a first time novelist, or anyone entering the industry?  Isn’t this demanding a level of sophistication from entry level people that’s simply impossible.  What is that, except a ‘fuck you’ note?  And more to the point, if a first time novelist is expected to have a mature marketing plan….  what do we need an Agent for?  Hell, what did we even need the publisher for?  If we’re doing all the work, what are you bringing to the table?  I don’t mean to be disrespectful, but these are legitimate questions.

Some of the Agents I’ve queried have forms that include the following:   “If you self published a book, how many copies did you sell the first year.”   What kind of answer are they looking for?

I’ll be honest about my own ebooks.  Some of them, I published because I thought they had no commercial potential.

Take the LEXX books.  The television series has been dead for twenty years.  In it’s final year, it was bought out by Alliance Atlantis as part of a corporate takeover, who had no interest at all in the show as a marketable commodity.  Alliance Atlantis couldn’t even be bothered to respond when interested parties came knocking at the door with money.  The creators were legally disconnected from the show and moved on.  It was an orphan.

But I thought is was a brilliantly surrealist piece of work, that it was a fascinating production.  I poured three years of my life into a book about the show, criss crossed the country a dozen times, carried out dozens upon dozens of interviews, pored over scripts, storyboards, promotional materials.  I wrote a book that was a labour of love.  In particular, it was a labour of love that sat in my hard drive for over fifteen years.

I wanted it out in the world.  I didn’t put it out there to make a crazy volume of sales. I put it out there, because it was a good show that deserves to be remembered, and it was a labour of love.

So theoretically, I should put a novel out.  But if I don’t know what I’m doing then I can’t sell it very well.  Is it really a good idea to make all my mistakes on the project that has real commercial prospects?  To stumble around, learning as I go, screwing up and losing sales and market opportunities?

Or maybe I should lead with something that is not my one big ticket, learn the ropes, and then when I’m ready with a project that has Oomph, go ahead with all guns blazing for maximum impact?  That’s my thinking so far.

The short story collections are learning experiences.  They’re self teaching instruments, by which I hope to get a handle on promotions, branding, platforms, marketing, and all those buzzwords.  Where I can learn where and how to advertise, where to go for reviews,  how to do launches.  The whole nine yards.   So that when I’m ready, I can do it more successfully.

I don’t know if this is a good strategy or not.  But right now, it’s the best I’ve got.

The trick is figuring out what I need to learn, in what order.  At this point, I flounder.  I try random things, push for a while, observe the results (negligible) and then try and figure out the next thing.

Maybe I need to be more systematic?  Where to start, what to learn, what order of things to pursue.  What connections to make?  What bridges to build?  And who and how to connect?   At this point, I’m just stumbling along.

So paperbacks?  Yes. Eventually.  But is it the right move at this time, or a distraction from things I need to learn and develop.  Is there a point to doing paperbacks, if I haven’t even figured out how to sell ebooks?  Are sales numbers critical, or should I be trying for reviews first? Figure out branding?  Advertising?  Should I be focused on selling ebooks, or building up connections?

There are no answers.  Just…  guesses and effort, stumbles and failures, and maybe learning more each time.