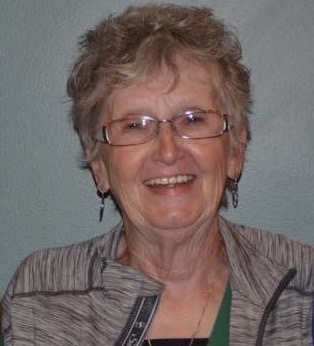 My genre is speculative fiction. Science Fiction, Fantasy, Horror, Surrealism, Magic Realism etc.  But  there are other genre’s.  Mystery is the kissing cousin to speculative fiction.  Both mystery and horror were founded by Edgar Allen Poe, and the genres cross back and forth.

Today, I want to showcase Joan Havelange, a Manitoba mystery writer, and absolutely gracious lady, following in the footstapes of Agatha Christie.  Her sleuth, Mabel Havelock, has featured in two novels with a third upcoming, and hopefully many more. I hope that you enjoy this brief glimpse and that you search out Mabel’s adventures…

I  directed a  theatre for 15 years. I find writing is a lot like directing; only my characters show up on time and always know their lines. Although sometimes they do go off in a direction that surprises me.  All fictional stories, I think, start out as ‘what if?’ What if you were golfing and your wayward shot ends up in the middle of a dead man’s forehead?

I have worn many hats in my work career. I worked in northern Manitoba north of the 56 parallel for a mining company. No, I did not go down in the mine; I worked in the computer department. Back in the day, no one had a desktop or laptop on their desk. It was our nerdy group.

I am an avid traveller. Before this pandemic broke out, I was able to travel to over 45 countries. I have lived in three of Canada’s provinces and have visited all of them.

I live in the prairies in a beautiful little town, surrounded by hills, valleys, and many lakes.

I began writing romances, but I soon found out I was not the romantic typ.

Murder is my line. My change of genre was the right choice, as my first whodunnit, ‘Wayward Shot,’ was published by BWL Inc. in 2019.

The idea came to me on the golf course, I am an avid golfer. The rest of the story fell into place….

Wayward Shot: Golf is not a contact sport. But murder is. Mabel Havelock and Violet Ficher’s golf game is interrupted when they find a dead body in the graveyard. And it is not six feet under. Mabel’s ball lays in the middle of the dead man’s forehead. Golfers do not kill golfers, or do they?

A game of golf turns deadly for Mabel and Violet. The ladies take it upon themselves to solve the murder. Frustrating the newly appointed RCMP officer. But nothing stops the intrepid detectives. Not the RCMP or a stampede of cattle or even shots fired at them in the dark. The ladies have an uncanny ability to find trouble and dead bodies.

I’m also the author of Death and Denial, an adventure in Egypt. This mystery was published this year.

Death and Denial: As Mable cruises down the Nile on a riverboat, she finds herself trapped on board with a dead body and a boatload of suspects.

The Trouble with Funerals.’ is to be released this coming December. The opening lines in chapter one.

Mabel Havelock looked down at the body of Mini Frazer. “She wouldn’t, she’s dead, no one looks good dead.”

The funeral director who had ushered the two ladies to view the body in the casket looked astounded.

I am now working on the first draft of my next whodunit; my ladies will go on another trip.

This time to Moscow. What possibly could go wrong?

Title to be determined. 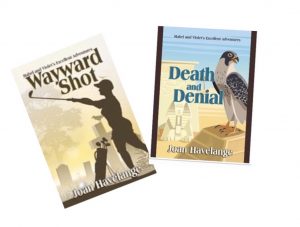