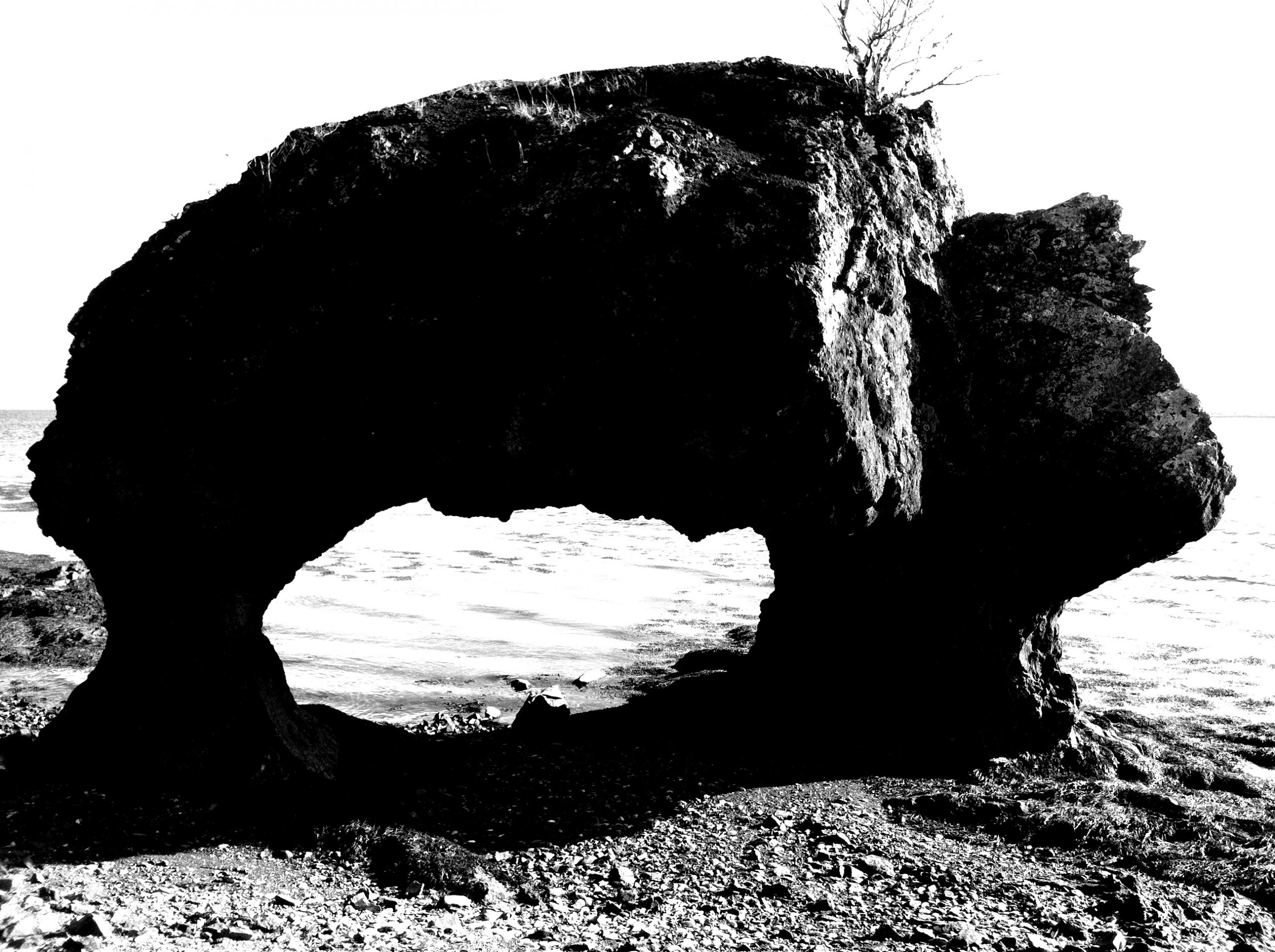 Never say die. So what have I got lined up for 2021?  Four, maybe six new Ebooks, a hardcore quest to find an Agent and break through with a Traditional publisher, more contest, awards submissions, workshops, panels, convention appearances, and a major effort at marketing and promotion.  So, let me tell you about what I’ve got in the pipeline:

Lexx Unauthorized: Series Four, Little Blue Marble – the final volume of the chronicles of the LEXX television series, the end of the series, the fall of Salter Street Films, and the decline of Canadian production in a new era of corporate profiteering. LEXX was a unique creation, a Canadian produced, written and starring Space Opera from Halifax, Nova Scotia by an upstart B-movie and regional television programming company. The show had amazing visuals and a sense of surrealism, as much influenced by Jodorowski and Barberella as by Star Trek and Star Wars. Back when the show was in production, I was invited by the creator, Paul Donovan, to write a book. I jumped on that, spending three years and thousands of dollars on the project, travelling across the country repeatedly interviewing everyone in sight. It was a labour of love. Ultimately the book deal fell through back then. Frustrated, I just wrote the book anyway, the way I wanted to… without any consideration of actual publication or publishers demands. Years later, after a flood, a marital breakdown, three major moves, two hard drive crashes, a career change I rediscovered the original manuscript on an unmarked floppy disk. I figured that the traditional publishing marketplace has zero interest in a book about an obscure cult TV series over a decade old. So I decided to upload it as a series of ebooks, one for each series. It’s a huge work – all four volumes together come close to 400,000 words. This is the end of the series, the final volume. I’m happy with it.

Axis of Andes – An alternate history novel about a World War II that reaches into South America and sets a continent on fire. Inspired by a real historical, but very one sided war between Ecuador and Peru, this imagines a more stable Ecuador, better prepared to fight, and a resulting conflagration which spread from one country to another. Along this are detailed examinations of the Latin American states and societies as each teeters over into war and civil war. Special guest appearance by Adolph Hitler.

Aliens and Elves – A collection of funny fantasy and science fiction stories – a Gray space alien loose in a Dungeons and Dragons World, an antichrist struggling with an apocalypse called off for lack of interest, a barbarian hero wrestles with bureaucracy, an infinite number of monkeys at typewriters stage a rebellion, high pressure telephone sales in the future, H.P. Lovecraft with hamsters, a litigation society turned up to eleven, and many ore.

Bloodsucker – a punk vampire novel.  Melissa, a wandering street kid in a decaying city, thinks she’s a vampire. But she doesn’t remember much, and in her new life, she doesn’t care. Around her a diverse cast of characters – drug dealers, prostitutes, itinerant musicians, lesbian ravers, fugitives, mad scientists, spies and serial killers careen in intersecting orbits around Melissa, their worlds growing smaller and bloodier until a climactic revelation. Melissa thinks she’s a vampire, she’s not. She’s so much worse.

These are all done. They’re in various stages of editing and cover development, but seriously, I could have them all uploaded and released next month. Next week even.  But I’ve got a dozen books uploaded already. I’ve got that skill down pat. This time around, what I want to do is invest some time and energy into promotion and marketing. This time, instead of just uploading them, I want to do Advance Reader Copies, circulate them for reviews. I want to do book launches, blog tours, advertising, learn that side of the business. And frankly, I think I’ve got good material to work with – my previous books were pretty niche. This time – two full novels and a Terry Pratchett style collection. There’s actually potential here to make some kind of splash with something.

Then there are a few things that aren’t done, but are well along the way. I could probably get them finished and get them out into the world with a reasonable effort.

Aliens and Elves II – I have almost enough stories for a second collection. Also,  I have a lot incomplete stories and ideas and I like to write.  So maybe late in the year, I might boot out a sequel collection, or possibly for 2022. Depends on a lot of things, impulse, inclination, how successful or unsuccessful the first collection is. That will probably be the end though, this would be my seventh collection of short stories. I might keep writing short work, but I’ll probably focus on submitting them to magazines and anthologies.

The Greatest Unauthorized Doctor Stories, Volume Three – I’m very proud of the first two books – fan films are an obscure subject, and I feel I’ve documented and reviewed a lot of amazing stuff that’s gone unnoticed, perhaps even ground breaking and critical stuff.  Along the way, I’ve been able to use the books to explore the history of the show, the evolution of copyright in television and amateur productions, new art forms, the development of fan culture and the way technology has opened new doors for us. Since doing the first two, I’ve collected a lot more information, on early fan films, recent fan films, stage plays, audio adventures, the continuing evolution of culture. I’ve been working on a second edition through 2021, which has expanded the material to three volumes.  So I may retire the first two books, and unleash a three volume second edition… just because I really believe in the subject matter. No, there’s no maybe. It’ll get done, either this year or next year.

Last Man Standing… Is a Woman – non-commercial, media based alternate history. Sort of a sequel or sidequel to the New Doctor project from last year.  It’s written, would need major editing, and the non-commercial aspect doesn’t really motivate, but I think it’s a good project. So hey, if I have a month with nothing to do, and some kind of inspiration, I might jump on it. This year or next year.

Big Rock Candy Mountain – Not my work at all, this is a collection of stories by Scott Ellis, a brilliant and much overlooked writer and friend of mine. I’ve been pushing him off and on about this for a while. His stuff is amazing, and I’d like to help him get it out into the world.  Might be a two volume thing.  Might be 2021, maybe 2022.

So minimum of four books this year, maximum of eight or nine. After that, I don’t really know where I’ll be going with self publishing, I’m going to hit somewhere between fifteen and twenty-Ebooks, counting free stuff, the equivalent of a dozen more. When I started with these Ebooks, I just had a lot of stuff that was gathering dust in my hard drive, and I just wanted it out in the world. What if I died tomorrow – in the hard drive, it would just end up at some electronics scrapyard somewhere coming to nothing. At least this way, I leave something behind, something tangible.

But what next?  It’s one thing to get it out into the world, but is it doing anything? Does it do me any good to self publish? Or have I taken it as far as I can go? I want to level up, whether that’s switching to Traditional publishing, or figuring out how to break through commercially with Ebooks, or branch out (hopefully commercially) with print books or audio books.

So what else is on the table?  I put out a lot last year. I’ve submitted a ton of stuff to the Aurora Awards – essays, short stories, collections, maybe fifteen entries in multiple categories. Will I win anything? Doubtful, the Auroras are a vote-based thing and I’m still pretty unknown. But at the very least, it gets my name and work out there, and I may get lucky.  I just missed the deadline for the Starbursts. But I’ll be on the lookout for awards and contests to throw stuff at. There’s a shot, might be nice to score a point.  It’s a nice ego boost, though frankly, I don’t care about ego. But it might persuade casual browsers to take a chance and buy. Along the way, I’ve got workshops for the Manitoba Writers Guild. I’ve pitched for Panels for the World Fantasy Con, I’ll try pitching panels for other conventions. We’ll see. I’ll be honest, this year, I’m completely mercenary. I want to sell copies.

Apart from doing my Fantastic Four of books this year, what’s the other big project?

I have three full, edited novels with commercial, traditional publishing potential – The Princess of Asylum, The Mermaid’s Tale and The Luck.  So, going to hit the road again looking for an agent.  Last year, I tried about thirty or so.  This time I want to hit a hundred and fifty or better.  I really want to pound it hard.  Get an Agent, get a book deal, get books in bookstores. The idea is that an Agent and a traditional publisher will get real sales, real money.  At the very least, it’ll get some respect and professional credibility, and it’ll make it easier to market my self published work. That’s the plan. No guarantee, but that’s the plan. If it doesn’t work, then… come up with another plan.

And write of course.  Always writing. It’s the one thing I know I’m good at.  All the rest – doing the Ebooks, the Agent Search, the Panels, the Award Submissions, the Marketing and Promotion, the ass kissing, that’s all just legwork, that’s the drudgery.  Writing is where I live.  I want to finish the Retroverse novel, or do a prequel to The Luck, or a sequel Empress of Asylum, or maybe something new, and maybe write short stories. You make time for what you love.

At the end of it, there’s the day job. Because we all have to make a living, I like food on the table, a roof over my head … maybe something to put aside for a rainy day. My winter is coming, the golden days are passed, there are more years behind me than ahead.  I love the dream of being a writer, but maybe that dream doesn’t love me, or at least not enough to do it full time. So, I work, I live a life, and I try and do this.

This is my blueprint. I guess next year, come January or February, I’ll look back at this, take stock, and see how far I got, and how far I didn’t get.