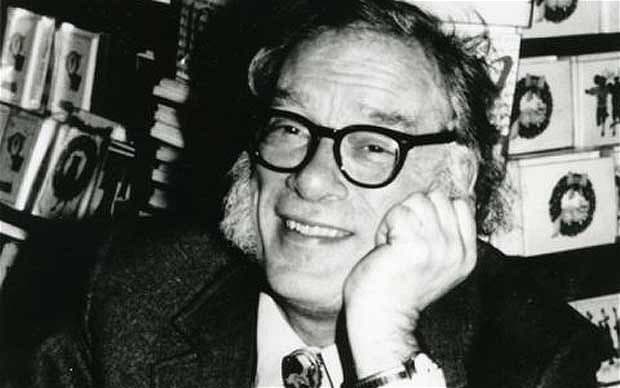 I’ve been meaning to write about Lovecraft and his racism. I think that maybe there are interesting things to say about that subject. Fair warning, this essay will be rambling and meandering. I’m working through ideas. Take it or leave it.

But instead, what set this off was Isaac Asimov. I think if you’re an average lay person, you’ll probably go ‘Who?’

But if you’re a science fiction nerd, he’s practically god. Born in 1920, Asimov was a biochemist, eventually a professor of biochemistry. Selling his first story in 1939, he was an incredibly prolific science fiction writer, with a career that spanned literally hundreds of stories, dozens of novels, the Foundation Future History series, right up to his death in 1992. On top of that, he was a critical editor. His name was on a leading science fiction magazine. He wrote mysteries. He moved into non-fiction and became a science populariser and general writer. He’s credited as the author of over five hundred books. That’s stunning.

Within the sci fi community, he was incredibly active, friendly and popular, and accessible. He was a charming guy, not retiring like Clarke, not arrogant, not weird. Just fun to be around. Any narrow field is rife with backbiting, with feuds, with dirty deals, and people getting screwed over or doing the screwing. But not Asimov. Everyone seemed to like him, no enemies, which is remarkable

He cultivated this avuncular, charming public image – the fiendishly intelligent, but friendly and approachable guy, with muttonchop sideburns and black rimmed glasses. Not threatening, not intimidating, just… likeable.

Not the best writer in the world, but a hell of a guy, and as I said, practically a god in the Science Fiction community, and well liked.

Also, it turns out, he was a serial harasser, a regular groper, who constantly sexually propositioned women, whether his advances were wanted or not. He groped breasts, he groped ass, he put his arm around women, he didn’t ask permission, he just did it. For some it was welcome, for many it wasn’t, but he just didn’t care. He reveled in it, he wrote a book called the ‘sensuous dirty old man’ about his career and joy in sexual harassment.

So now, finally, twenty-eight years after his death, Asimov’s reputation is finally crashing.