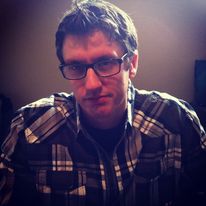 I grew up working at a Drive-In, B-Movies are in my blood, cyborgs, ninjas, Charles Bronson flicks, gritty Italian giallos about unstoppable yet sleazy tough guys, careening through life like human car crashes, goofy monsters and the inept heroes floundering after them. My brother was a huge fan of Mack Bolan books, I used to collect them for him. So with that grindhouse sensibility, how could I not love the crazed stylings of I.D. Russell.  I first ran across him running a table at a local comic convention, and I quickly became a fan of his altar ego, the demented, unstoppable cop, Frank, from River City, a human engine of destruction, whether he’s facing off against Robot Mounties, Japanese Ninjas, Colombian Drug Lords or the entre at a Red Lobster. Firmly tongue in cheek, his work is full of inspired, hyperviolent lunacy. So check him out, it’s worth it…

I have a compulsion.

I need to be doing something creative.

I’ve made two feature films and have a dozen scripts that I’d like to produce next. I’ve written over thirty novels and published seven. I’ve got lots more story ideas swirling around in my head or illegibly written in point form on scraps of paper all over the house. I run two youtube channels: one a sock puppet movie review parody show and the other an outlet for whatever random short film or goofy sketch idea that crosses my mind.

But I also actively train in Brazilian jiu-jitsu and previously studied Hapkido (where I received a black belt). I’ve dabbled in boxing, tae kwon do, yoga, karate, judo, and aikido. I’ve competed in tournaments, done demonstrations at schools and folklorama and while I’v3 engaged in some pretty intense sparring in class, I’ve never been in a fight. (I’d like to keep it that way.)

So I’m busy. Real busy. The thing is, I can’t sit back on my laurels, (not that I have many in any scheme of things.) There’s always another project to work on, another corner to turn, another thing to try.

People look at me like I’m insane when I tell them all the stuff I’m doing. “How the hell do you have time for all of that?” I shrug and deflect because the answer is that I don’t. I steal time wherever I can. Ten minutes in the morning after the kids are off to school. Twenty minutes when they’re in the bath. Thirty after they go bed. An hour here or there on the weekends. The secret is that I take the time where it comes and work as fast as I can when I have it.

Do as much as you can with the time you can make. Sure a book or a movie seem like a lot of work (and they both are) but steal enough time here and there and the next thing you know you’ve got something finished out of all of those little pieces of time.

The person I admire most in the creative world is Orson Welles. The guy never stopped, was always trying out new ideas, continuously dabbled in all forms, and could tell a great story. The difference I hope lies in the finished work. He was constantly up against circumstances that prevented him from finishing some of his projects and the unfortunate need for people to give him money to create.

I live in a world where you can do a heck of a lot more on your own without outside investment. He made Citizen Kane at 26, I made The Killing Death. You win that round Orson. But I’m just as compelled to create as you were, even if what I make tends to be goofy action/comedy/horror movies and books rather than classics of American Cinema. The end result isn’t important, it’s the drive to keep doing. Maybe one day someone will notice…

You can find more info at:

You can find my books in all major online marketplaces:

My books released so far:

The High School Hell Trilogy: Heart of Stone, Heart of Clay, Heart of Flesh:
Imagine if 16 Candles had a Frankenstein monster running around in it. 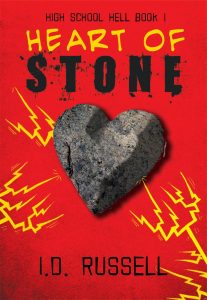 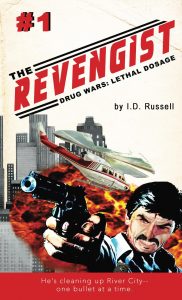 The Killing Death:
A serial killer is making a pizza out of his victims and the world’s dumbest cop is on his trail.

Stream my movies on Amazon Prime: 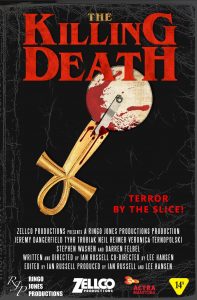 THE KILLING DEATH:
The film version of the book!
(It came out ten years earlier so it’s definitely not as good!)
US: http://bit.ly/killingdeath
CAN: https://www.primevideo.com/detail/0P9GIUE5UHLJQTHU4NI6KR0R1K/ref=atv_dp_share_cu_r 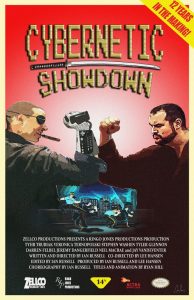 CYBERNETIC SHOWDOWN:
Mutants threaten the last city on earth and only one man can stop them!
US: http://bit.ly/CyberShowDownUS
CAN: https://www.primevideo.com/detail/0KN7Y7G52IR0LV796RYSOXOSV9/ref=atv_dp_share_cu_r

Now excuse me, but I’ve got another three book series to edit.